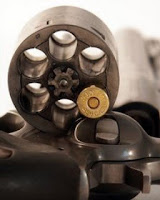 We are our own worst enemy. Doesn't it often seem that is true? We go around the world, trying to control nuclear proliferation, stop bootleg hiphop albums, end global warming and generally offending other smaller nations with our "let Big Brother help" attitude, when at the same time we often don't seem to help ourselves. In this case, all we had to do was keep a lid on it. It turns out that we've released a list of sensitive details about U.S. civilian nuclear sites around the country. Yessiree Bob. We posted a nice, fat list of hundreds of those locations on the Internet and then left it there for all to see for a day.

The draft document was posted online by the U.S. Government Printing Office, which in its defense, had the document under review for submission to the U.N. Nuclear Regulatory Committee, itself is not exactly the Great Vault of All Secrets. The sites aren't classified, and it's widely believed their release won't be dangerous, but the release is, well, embarrassing. So it turns out we are not infallible.

The list was pulled down after about one day after members of the media asked questions about the list, which motivated its speedy removal. That's sort of reassuring, isn't it? Old school journalists, inquiring about something they saw and thereby protecting our country. The model still works. (By the way, Pasadena Star-News, that won't be happening with your new business model using off-shore reporters, will it?)

But it is conceivable that terrorists could have downloaded the list (or could download it from anyone out there who has now posted the 267 page document on their own site) and use it to formulate a plan of attack. Again, not considered likely but yes, possible.

The list describes civilian sites including many locations of the nation's stores of enriched uranium and other materials used in nuclear weapons manufacturing as well as restricted information like design features of nuclear facilities where fissile materials are stored.
How dangerous this information might be is up for debate. Quoted in the Washington Post, former U.N. nukes inspector David Albright says:

"It is probably not that dangerous, but it is a violation of the law. You don't want this information out there, any more than you would want a thief to know the location of a vault in your house."

In the past, I've attended news conferences where U.S. Presidents revealed things that seemed to designed to make people in other countries angry at us. I've watched crime shows on TV and wondered if they weren't a bit like a "how-to" class in criminal activity. I've seen politicians forced to turn over records that left me breathless but not surprised when they left public service to "spend more time with the family." I've seen these things done in the name of "Freedom of Information" and scratched my head, wondering occasionally how some these things added to our Great American Democracy.

But not that dangerous? Come on. In this case, we've told the thieves where the vault is located and what kind of safe waits to be cracked. We've told them what's behind the locked doors and invited them to bring the explosives to blast those doors down. Or more properly, to come and get our materials in order to make their own nuclear explosives.
It's disappointing to learn that your government can't keep terrorists out, but even more so to see that same government issue invitations with home addresses on them. Sadly, it won't be a party for us if they show up.
Posted by Marti at 10:41 PM