One of the kindest, dearest people in my life died this weekend. I've known she would go soon, but it still catches me with such a tight, hard knot of pain that I'm almost unable bear it. 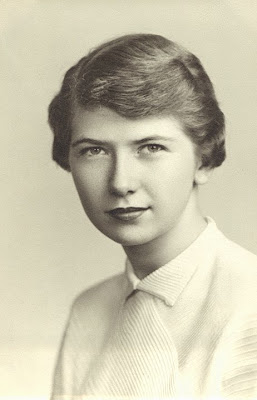 This is Doris Roberson, mother of three, wife of the late Marvin Roberson. Marv died last year and left his beloved Doris to soldier on without him. She made it just 11 months.

She was a wonderful woman. I met her as a result of her daughter, my college best friend, Echo. Echo told me from the start to "call her Mom, everybody does." And sure enough, Doris became a second, sort of "Other Mother" to me.

She was, as many of her generation, a stay-at-home Mom. She had to be, because Marv worked as the trainer for the football team at Brigham Young University. Which means during football season, and often during the build-up to it, she was Mother, Father, Drill-Sergeant and trainer to the Roberson team. She brought her daughters up with a sense of decorum and her son up to respect ladies with such sensitivities.

But she was also very much her own person. She was a member of a book club that was better read than most people these days. When computers became popular, she was on them like white on rice. She loved life and as it progressed, she went with it. 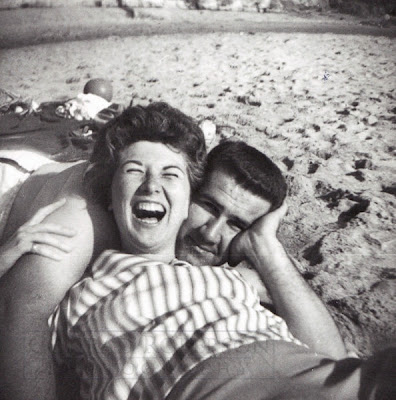 She had a great laugh, a wonderful smile and a satisfying way of saying "oh, Marti." This photo shows how I see her in my mind: her eyes gleeful, with the lashes turned in "upside down smiles" that form because someone is an unusually happy soul.

She also had a calming sense of stillness that seems lacking in the current milieu. (She would love my using that word.) She cheered on my career, calmed my wildly beating heart when I thought it would break and whenever I was in town, would make time to go to lunch in order to ask what I thought about various events and turns in national and world politics. She had questions that showed a keen insight, particularly for someone taking life at her own pace in Provo, Utah.

I remember one day a few years ago when I came home after a long business trip. I had been reporting in New Orleans about a hurricane that I waited three days for, only to see it veer to the north around my location. It fizzled as a story for me. But as I arrived home, there was a phone message:"Marti, this is.... well, this is Your Mom. Call me when you get a minute and tell me what you're up to."

I called her back that time and every time. I have no regrets about that. Except that there will be no more long phone calls. No more "call Mom for advice and long talks." No more "sit with Mom over a long lunch."

I mourn Doris Roberson. She was lovely. She was beloved. I am better for having known her and so deeply saddened at her loss. The only thing I find comforting is that she left such a great legacy of her heart and soul to her daughters. And I'm fortunate to have been counted as one of them.
Posted by Marti at 2:13 PM 1 comment:


So I've mentioned here before that I struggle with drinking water. There's a tussle going on between me and municipal water systems everywhere. I can't drink tap water treated by municipal systems. If I drink it, my mouth peels and I get an assortment of other symptoms. I've checked all the way from Los Angeles to Washington, DC, with the same results.I don't like this. Having grown up on a farm where Mom and Dad raised a lot of the food we ate and encouraged vast amounts of self-sufficiency. But here I am, all grown-up and I'm at the opposite end of the spectrum. Not self-sufficient.Not in drinking water. Not in growing food or anything else that I know of, to be honest.But the bottled water issue looms large. Because not only can I not drink tap water, I can't drink anything but DISTILLED tap water. Buying, paying for, dragging home and drinking distilled water has become the most annoying household chore I regularly take care of, but at least I thought I had the issue handled.Except lately the inside of the mouth seems to be sensitive again. So maybe the tap water problem is a symptom, but not the problem? 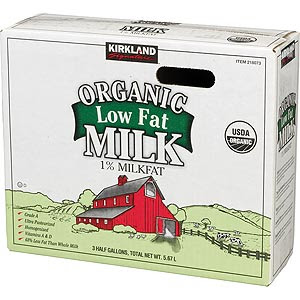 I've decided to try drinking organic milk. Maybe the hormones and steroids used in milk and beef production are affecting me. So today I bought $20 worth of organic milk. For my twenty-spot, I didn't get as much milk as I wish, but I did buy enough for two weeks, so that I could give it a substantial try-out and get all the dairy production chemicals out of my system.I don't like that it's come to this, but... well, if this little test of mine works, then I guess then I get to decide: organic milk or organic water?
Posted by Marti at 10:49 AM No comments: