Prejean, Carradine, and Life in the Sunshine State 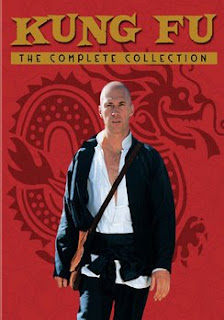 We're busy here in California. Very, very busy. There's the investigation into how and why beloved star David Carradine died in a Bangkok hotel room. This happened last week. His family immediately asked for an FBI investigation. When I read the initial news report of his death, it said that the death was a suicide. But the writing was a bit odd. It was a little too carefully worded. The star of 1970's TV martial arts show "Kung Fu" was found dead in his hotel room with a rope around his neck and body. The 72 year old actor was in Bangkok to film a movie.I thought "That doesn't sound like an actor committing suicide. Actors live for attention. He was starting a movie. That sounds like auto-erotic asphyxiation." (In fact, I said that to a couple of people who teasingly asked "And how does the nice church-going girl know about that?" Answer: too much crime TV.) It all sort of fit the mental picture I had of Mr. Carradine's life and personal style. I was surprised when the Carradine family asked for an FBI investigation. I'm perplexed by this question: What is their best case scenario finding? A) suicide B) sexual self-asphyxiation or C) kinky sex gone terribly wrong with one of the locals? Other things that keep us busy: watching for any slip-ups in the behavior of Miss California-USA, Carrie Prejean. Here's the thing that most people know about difficult employment situations. When you make a messy fuss, your boss is going to look for a quick exit door. When you embarrass someone with a history of allowing himself to be referred to publicly as "The Donald," he's not going to publicly admit there's a problem. But he will find a way to have you escorted from the building as soon as possible. At the Miss USA pageant, when Ms. Prejean voiced her personal views which are apparently in line with the voting majority of the state she represents, she became a public relations problem. At that moment, she forgot the cardinal rule of being a problematic employee: show up, smile and do the job. Every time.She came under fire from the judge who suckered, uhhhh, provoked her into voicing those opinions. Her statement seemed reasonable to some: she acknowledged that gay marriage is available some places, but for her, marriage was between a man and a woman. But the backlash was immense and immediate, and of course, some dirt was discovered. "Questionable" photos surfaced. Still Donald Trump who owns the Miss USA Pageant stuck by her. But there was already talk that she wasn't fulfilling her duties as Miss California. Now she's been fired for failing to meet the obligations of the title. I'm still pondering this. Did someone decide that beauty queens should face litmus tests? Is that in the contest bylaws? Was that a decision? I can understand that some people were offended by her answer, but I still scratch my head that the question was asked. What's next? Will the Miss USA panel next year include bloggers from the animal rights sector who will harass participants for wearing shoes? Lipstick? Using shampoo? When will the redneck-underage Goth-Vegetarians-of-the-Great-Pacific-Northwest get their day on the selection panel? Will supporters of the Unibomber also be represented? Will they all be allowed their special question, too?Yes, we're very busy in California. Too busy to figure out our budget mess. And so busy that we've now accepted the fact that Los Angeles Mayor Antonio Villaraigosa (who left his wife of 20 years in 2007, for another local TV anchor. The wife shouldn't have been surprised. Afterall, Mayor V. played around during their marriage and in fact, married her after walking away from another woman who bore two children for him. ps: if you didn't follow that, email me.) is now dating another former Miss USA. The mayor says that his relationship won't effect his decision to run for governor of the state in the next election, either.

So why has no one asked Villaraigosa's squeeze, former Miss USA (1994) KTLA's Lu Parker what she thinks about the whole gay marriage/Prejean firing situation? Maybe we already know.

As for Villaraigosa, he better make sure he makes all of his public appearances.
Posted by Marti at 3:02 PM