Give Me Your Tired, Your Poor, Your Huddled Masses Who Need a Little Info...

I have been working at Voice of America for the past several months. It's interesting work. I write the basic news copy that is used by foreign language news services on American government radio broadcasts overseas. The copy I write is then translated for radio announcers in a couple dozen languages. It's interesting for several reasons. 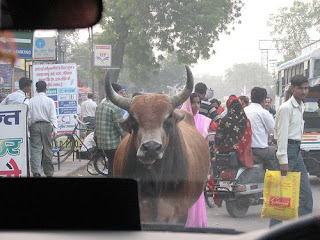 First, because the world is a fascinating place. Second, because it turns out that while our country may have more educated people per capita, we certainly aren't the most educated about world politics and what is going on out there. As it turns out, people living in other countries are often much more focused on world politics and frankly, they sometimes know their geography better, too. Apathy and complacency have not been not good for America.
But one of the things I noticed quickly at VOA is that a lot of my coworkers are immigrants. Most of those are naturalized American citizens. But there are definitely lots of foreign nationals and former foreign nationals floating through those hallways, rubbing shoulders with us boring All-American domestically-produced-type of folks.
Some of that is great. I find it fascinating to see all the different national costumes that walk past me in the hallways. But some of their habits are a little distressing. I wonder if you might have noticed this, too?
I'm talking about little things that they do that are a little less than what we have come to expect in this country by virtue of hanging around together for a couple hundred years.
We're sorta like an old bachelor uncle who is stuck in his habits (and usually dug in deep to an old barcalounger) and doesn't want to change. Of course some of those habits are things that stop us from catching diseases, passing them along, and generally grossing each other out, right?
If you have encountered these thoughts with our newest citizens (or those lovely new wanna-be citizens), could you please leave a comment about it here for me? I'm doing some research on this and it would be extremely helpful.
Here's my disclaimer: I'm not trying to kick up dust on immigration issues. I'm not trying to poke fun at anyone's habits. I'm strictly looking for information on what these immigrants are missing in the way of information that would help them to fit in better. If you just want to fuss, please do it privately. If you need to vent, you can email me. But privately... please? I don't want the hate-comments. I want helpful comments, please.
For instance, when someone is coming directly toward me and we would have a head-on collision, whether we're talking on foot in a hallway or in a car on the road, I keep to the right side. I've grown up and been trained to drive on the right side of the road in traffic in this country. Therefore on foot, I would also walk to the right side.
Immigrants from around the world don't have the benefit of such training. Europeans might go to the left side, based on their background and training. People from developing countries have no idea which direction to go. The reason for that becomes obvious when you visit their countries: traffic goes every direction without any organizational flow.
So if you have a thought on this, please post it. I'll be most appreciative. Again, please be nice about it. If you can't be nice, then just email me directly. You can rant to me. I've listened to rants for living for some time now.
Addendum: The first and only comment I had so far was just someone going on to about how immigrants don't want to fit in; they just want the opportunities and freedom and to "wear their headgear in drivers license photos." As I said, if you want to rant and complain about immigrants, do it privately. This is a research project; not an (unkind) opinion poll. I'm sure I've already heard plenty of that.
Posted by Marti at 9:21 AM