"Fresh Veggies! Get Your Vegetables Here!"

Stop me before I get annoyed at naivete, er, I mean "change" in action again.

Mr. "Change," our rookie-year President, has said that he'd like to see a farmer's market set up outside the White House.

"One of the things we're trying to figure out is, can we get a little farmers market set up outside the White House. That is a win-win situation. It gives suddenly D.C. more access to good, fresh food, but it also is this enormous potential revenue maker for local farmers in the area."

Okay first and foremost, DC doesn't have a shortage of farmers' markets. There are somewhere between 50 and 70 (you try counting all these tiny little markers) between the southern most tip of Washington Metro area and Pennsylvania's state line. That map doesn't take into account the numbers of little sort of jitney roadside stands and actual farm locations where one can buy fresh produce. 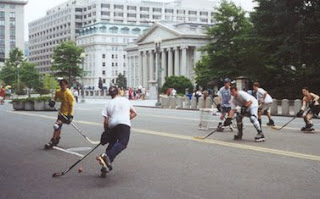 Second, since the most likely position would be either the blocked off block at 1600 Pennsylvania (or the open Washington Mall area in what is technically the front of the White House), has our President considered the seemingly universally acknowledged favorite device of large-scale destruction known as the car bomb? How does he imagine those vegetables are going to get in to fill the tents and stalls that he wants put up? In his vast experience as an American, has he never seen a farm truck roll up? Perhaps he should consider that not all bushels of corn (or potatos) are what they seem.
Third, consider also this statement:

"Getting local farmers connected to school districts: That would benefit the farmers delivering fresh produce. Right now they don’t have the distribution mechanism set up."

Let me just submit that perhaps delivering the vegetables to the area near the White House is perhaps not the best point of destination. Since we only know of two little girls who are in need of vegetables (and theirs aren't sourced on a street-corner) perhaps this is an ill-conceived idea that President Obama has popped off the top of his head. Er, another one.
Posted by Marti at 12:31 AM