A friend invited me to go to the Inaugural Parade with her and her son today. Well, that's not really accurate. She asked what I was doing and then said that she was taking her son and going to try to get as close to the parade route as possible.

Going to an Inauguration with her and her kid is, to be honest, a lot more fun than going with say... a 6'2" burly guy wearing a $50K camera on his shoulder. Trust me. I know this.

And here forthwith are.... (drumroll, please?) 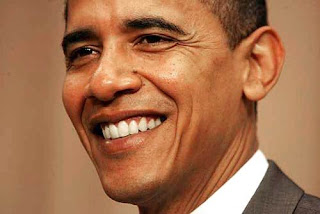 1. Ensure all children have health insurance coverage. 73% of us think this is very important. Somewhat fewer of us (62%) believe he can actually do this. 2. Reduce health care costs for the typical American family by up to $2,500 per year. This is where it begins to amuse. 70% say this is a biggie. 56% think he can pull it off. At least fewer of us need a reality check on that one. 3. Double the production of alternative energy. That same 70% say "very important. 59% say "Uh, yeah, the dude can do it." Hmmmm, I don't know if he can, but that ought to be doable. If he did, could that industry be a rocket for the rest of the economy to ride? 4. Enact a spending program to strengthen the nation's infrastructure of bridges, roads and schools. 60% of us think this is a big deal. 80% of us think this is doable. And heck, we might even benefit as federal dollars get infused into local economies. 5. Cut federal income taxes for 95 percent of working families. 57% said this was very important. 53% say this is possible. (Read the previous four points and you'll see why this isn't the most likely of prospects.) 6. Withdraw most U.S. combat troops from Iraq within 16 months. 51% say "very important." 54% say probably he can. What percent say the troops will be shipped from Iraq to Afghanistan? 7. Increase U.S. military strength in Afghanistan by at least two brigades. (What did I just say??) Very important, say 43 percent of Americans. 68% say the incoming President can "achieve" this. (Remind me why he promised this? What was there a goal beyond just musical military chairs?) 8. Lift restrictions on government funding of embryonic stem-cell research. 42% say this is vital. 61% say the new President will be able to do this... and likely, he'll be able to get a Democratic Congress to actually fund the less-restricted research. 9. Close the U.S. prison for terrorist suspects at Guantanamo. 32% of us believe this is very important. 59% of us think he can do it. (Does the phrase "same circus, different tent" mean anything?) 10. Make it easier for labor unions to organize. 28% of us say this is very important. 59% of us say Mr. Obama can do this, once in office. I'm really unclear on how he'll do this last one. Offer tent meetings on the edge of town? Secret clubhouses in Iowa? Send in Sally Fields? I post these because I think it'll be good to have them all in one place. Sort of benchmark them. Here they are... all compiled and ranked. Now I can go to the Obama-Rama (Do they have tea cozy's with him and the girls on them? I might like that. Or maybe some demi-tasse cups that I can serve pot d' creme in some dark, dreary day?) and not worry myself further. We'll return and tally his count in a few months.
BTW, AOL posted those numbers and added an online poll. Extremely unscientific, but I noticed that 29% of those responding expect Barack Obama will make a poor president. Another 27% think he'll be fair. 24% expect he'll be excellent and 20% think he'll be only good. Reality has been checked.
Posted by Marti at 4:33 PM

Yeah, that whole insurance bag is really a conundrum. As one in the "butt demographic" (too poor to afford insurance, make too much money on paper to qualify for CHIP, etc." I wish him luck.

The whole hill over there is a big mess, though. So I wish them all luck preventing us from rampant inflation/deflation cycles.