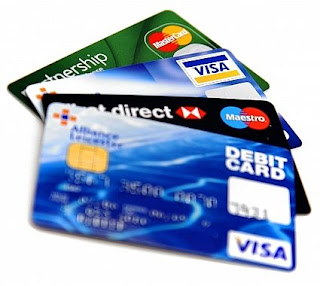 New outfit purchased at discount store: under $100. Chinese take out and a movie at home: $25 for two. Figuring out that credit cards aren't free money? Priceless. And we're about to learn that lesson the hard way in this country. Congress has passed credit card reforms set to take effect about 9 months. (House vote: 361-64. Senate vote: 90-5.) The net effect may be to give birth to a whole new generation of American consumers. Getting there certainly may be as painful as giving birth for some among us. The average American household with at least one credit card was carrying over $10,000 in debt according to cardweb.com. Considering that number was figured before the current recession with high unemployment rates, the debt load could reasonably be expected to have increased. And then the banks decided they'd like more people to pay off their debts so they increased interest rates and lowered credit ceilings to bring in some cash. Result: consumers are in an ugly spot. These new reforms will limit the ability of banks and credit card companies to hike interest rates and of course, make money. It will also protect over-borrowing consumers. Banks will set tighter limits on how much can be borrowed and how long they give borrowers to repay the money. And my personal favorite, the new laws require college students to either prove they can repay the money or get parents to agree to be responsible for repaying the money. "This cements a victory for every American consumer who has ever suffered at the hands of the credit card industry," said Sen. Christopher Dodd, D-Conn., chairman of the Banking Committee. Is it too much to hope that they will stop constantly sending me offers of pre-approved credit cards? I'm quite sure the annual savings would feed several families in a Third World Nation for a year. And since I haven't opened a new credit card in more than five years, I am willing to suggest they should save their money and a few trees. The credit card companies aren't terribly happy. No one likes being told how to run their business, particularly when the "telling" involves federal regulations tightening like purse strings. In retaliation, they are going to make things less happy for everyone. *Poof! No fee cards are gone! *Flash! There went the frequent-flyer points. *Blast! They want me to repay it faster? When I think of all the fun I had, using my credit cards to buy everything from groceries to expensive cameras and luxury travel (Cambodia? Luxury?), I've got to say I'm a little disappointed. (Last summer, I tried to buy a car with my Discover card, but I was purchasing it from a private seller. It turned out to be a little unfair to that seller, so we went back to cash.) But the banks say they've got to make money, too. Here's the thing: they have ALWAYS made money selling credit to debt-laden Americans. ALWAYS. Why? Because they already charge merchants a percentage-based fee for every transaction. It's built into prices and constitutes the single reason that I got a price-break on my trip to the dentist for major work last Monday: because I paid cash. I pay off my credit cards every month. It was a fun little game, racking up points to get cash back from Discover and Nordstrom and Costco. But if they aren't going to give me points, I can go back to paying cash. So if the credit cards stop offering free points and other "gimmes" which gets me (and presumably a lot of other consumers) to stop using the cards so much, which makes them lose more money because of a precipitous drop transaction fees, leading to even tighter benefits, which leads to less use... where does all this lead? To what may be our new bottom line:

Disclaimer: I pay my credit cards off every month in full and am utterly unsympathetic to anyone who doesn't do the same, except in emergency situations.
Posted by Marti at 7:17 PM

We do the same with our credit card. We always get Amazon gift cards out of it. Hope that doesn't go away!