What Worries You Most? 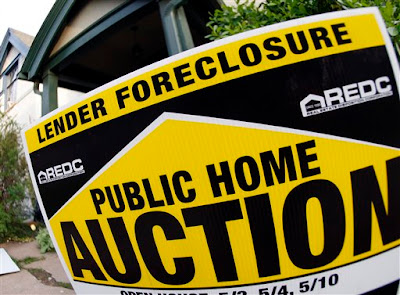 There are lots of worries facing all of us right now and yes, the nightly news does make it worse. When day after day, the problem continues to unfold, it becomes difficult to get grasp at what seems to be a cliff that is crumbling and feel yourself slipping away.

We were on a slippery slope of spending and an utterly ridiculous sheet of very thin ice as far as home loans in this country for a very long time. And everyone knew it. That was the worst truth: we all knew it. But nobody could... or would do anything about it.
So now we're being honest about it. We've stopped making loans and started yanking homes back from people who sadly couldn't actually afford them in the first place. I'm sorry for them because they lost their stake and their credit rating due to unscrupulous lenders. But if the government buys them a house, then by gosh, I want it to buy me a house, too. I've been waiting for years because I couldn't afford it, but you didn't see me signing in the funny pages after a wink and a nod from a sleazy mortgage lender.
Now we're being honest. But are we also being brutalized by the nightly news? At some point, we're going to have to turn our attitudes around. At some point, we're going to have to start focusing on better days ahead. We're going to need to pull our wallets out of the deepest part of our back pocket and pull out a few bucks to spend.
And with those dollars, we're going to buy back our country's economic health. We won't turn this around until we turn our attitudes around.
I'm not trying to be a Pollyanna here, but we are going to have to put it behind us, show some faith in the American economy and start the wheels grinding again. I'm not the greatest believer in our economy. I don't know that we'll ever have the huge lead we used to have over everyone else. Something about the size and buying power of all those people across the Eastern pond makes me think we might just be small potatos. I desperately hope as a people, we have learned a few lessons here and won't be such ridiculous, laughable, spoiled consumers. But just as desperately, I hope we start consuming again.
It would be nice if we could count on the media for help, but to be honest, people in my business aren't going to... not yet. We'll get around to it, but at the moment, we're a bit overwhelmed by all the gloom and doom stories that are coming our direction.
(Trust me on this. I'm a lifelong news junkie but I feel torn every night because I spend the day picking my attitude up and out of the gutter, just so that Charlie, Katie and Brian can kick and trod it under again every evening. I want to filter out the economic stories a couple of nights per week so that I can get a decent night's sleep. Oh, the inhumanity of it all!)
The news will turn it around, but not until every reporter among us has felt like we've gotten a piece of it. And then after we're at saturation, then we'll start looking for the "new angle" and find ourselves grasping for any positive thing that comes along.
So please be patient. But go be patient in the checkout line. Because with spending, even if it's at a store that ends in "mart," some is better than none. And it's just going to have to do until sometime in 2010. At least that's what they say on the news.
Posted by Marti at 12:26 PM