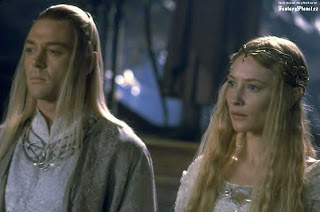 Yes, I think we've got to EMBRACE IT.

The New York Times Sunday magazine has a lovely article this weekend. It's the second weekend in a row where the NYTimes puts a scare on the media. Last weekend, it told the world the dirty secret that we've all known for awhile: tv stations are getting rid of high priced talent. That's nothing new. It's been the established pattern of every recession ever seen, so why would this one be different?

This week's scare puts all the cards on the table for all media everywhere. It says basically, get with the new media or get ready to fade away. It sorta reminds me of the elves in the Lord of the Rings who say that they will "fall in to shadow and go to the North."

Before we fall upon our swords on behalf of righteous journalists, let's think this through. Why would we NOT want to use twitter? Why would we not want to put up a profile on facebook and market the #!$!&%!! out of it? Market ourselves? Our abilities, talents, people, viewpoints and the fascinating quirks we see in the world around us?

I read a quote once from Anais Nin where she was talking about coming to a turning point in her life. She stood poised on the precipice of a great decision, questioning whether to go forward or back in that moment. She said she finally moved forward realizing that her fear of going back or even standing still was greater than her fear of moving forward into the unknown.
I think that's admirable. If we were afraid as journalists, we'd all be working in tiny little places, never moving forward. But instead we surge forward, looking for new challenges. Isn't it better to bruise your knuckles knocking on the door rather than to sit quietly and never ask?

And think about it. In every great story, does the hero or heroine ever find happiness by going back? No, they move forward. They go with confidence, strength, and a positive attitude, but by golly, they go FORWARD. And lean into it. The Times blogger closes with this comment, "For old-media types, mental flexibility could be the No. 1 happiness secret we have been missing." I think that's really true. We trained and worked so hard that we're afraid of letting go of what we learned to try something new. But the truth is that if we examine the new media, we find new ways to offer our content to new receivers. Embrace, people! EMBRACE! Of course Anais never had a blackberry, did she? Yeah sure, facebook-twitter-ning-RSS and farking are a little scary to some. But me? I sorta... digg it.
Posted by Marti at 8:41 PM

I've been thinking a lot about this too. When you see the newspaper owner out in Cali outsourcing the compilation of calendar listings to someone in India, or my media friends here in Jersey who are taking the buyouts; the whole scene reminds me of a forest fire. It is necessary to revitalize the flora and fauna--but it's not a pretty process. We in the news/marketing/pr business have to rethink the way we do things and embrace the constantly evolving technology. Sticking your head in the sand is not an option for survival.

Well written and true. I'm in the e-learning industry and we are embracing it all, but sometimes when we implement the new ideas we do so using old methods - thus polluting the idea and protecting our positions.