He Said that Who Said What about Which? 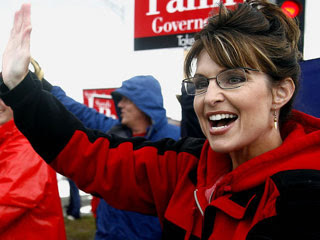 And so in this year of "historic" and "trail blazing" elections and candidates, three out of four national candidates are male and yet somehow the discussion is all about... lipstick.

""You can put lipstick on a pig. It's still a pig," said the Democratic Candidate of Change, Barack Obama. He was talking about his opponent John McCain who says he's a candidate of change, too.

Obama was ticking off a list of ideas that McCain says he wants to change, too, ie -- economic policy, taxes, education, foreign policy, campaign tactics. Obama says his opponent is not about change. He says John McCain is all about more of the same.

That's when he made his lipstick comment, with the crowd erupting into shrieks, whoops and cheers.

Why is this such a big deal? Because during her speech at the GOP convention, newly announced Vice Presidential Candidate, Sarah Palin told an off the cuff joke:

"Do you know the difference between a pitbull and a soccer mom? Lipstick." She got roars of approval from the audience.

So was Obama's comment a reference to Governor Palin? Was Barack Obama taking a shot at the new candidate, the first Republican woman to get on the ticket? Maybe. Maybe not. I'm not going to tell you that I read minds or know the heart and soul of any Presidential candidate. (And it's a relief not to have that power! )

Barack Obama excused his reference saying that in the past, John McCain attacked Hillary Clinton using a line about lipstick on pigs.

So here's my question: if Barack Obama is all about change, why is he recycling John McCain's old lines?

Don't get me started on the pregnant 17 year old. We might be here all day.