Great Truths and the Stupidity that Follows in American Society

So today, we aren't going to look for the irony. We're going to look for the common sense. Any sign or symptom of common sense. Any breath or whiff or hair along the sidewalk that says "Common sense was here." And has since fled.
I point you in the direction of American retailers who now are turning their eyes away from Baby Boomers.
I remember the first time I heard that nomiker: Baby Boomer. It sounded ominously huge, powerful, and very desirable. It sounded like the Club of Clubs. I recall hearing that this huge (42 percent of the U.S. population are "baby boomers") group would drive the economy before it. That with the sheer force of their numbers, these children born during the demographic Post World War II demographic baby boom, would set trends, fire growth and stability and make politicians tremble before them. 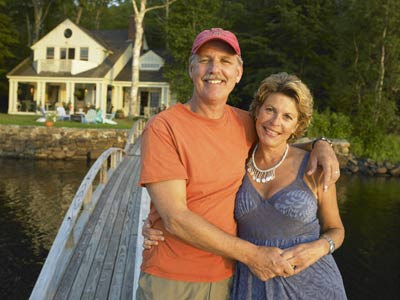 Look at those smiles! I always thought the smartest thing I could do would be to figure out some industry to harness their interests and serve their needs. Some wonderful idea such as "velcro'd clothing" for their dotage would suit me to a T and make my own dotage a lot more luxurious. I've been trying to find the key to that door for a very long time.

Meantime, retailers have noticed that Boomers are taking this recession hard. This information came out of studies and white papers by Retail Forward, which is a retail consulting group that studies and presents trends. If you'd like to read some frightening, pessimistic stuff (or just see signs that Americans are finally understanding what frugality is) then you can click here for their website.

It always was going to be problematic: Americans need to spend because that's how the economy recovers, but they need to pay down their debt because well, $8000 per household in credit card debt was really never going to do, was it?

Back to Boomers. This is the time of their lives, demographically, when they ought to be enjoying and spending their wealth during the highest productivity of their lives, but it turns out, they're a bit depressed. And why not? They've being laid off with the rest of the country. They are staring down their retirement (the statistics on that are utterly terrifying), they are actually more pessimistic than much of the rest of the population about recovery, and they have cut their spending drastically. Remember those childhood cartoons of poor people eating canned beans? Not so funny anymore, is it? And considering that Boomers are the wealthiest segment of society, it isn't a good sign. So retailers have decided to move on. I'm not quite sure what they are thinking but it seems to run along these lines:

"Can't sell to the Boomers? Eh, so what? Let's go after the 20-somethings. They're still paying off college loans and living in their parents' basement, but let's get them to spend the money they save on rent!"

In other words, let's teach them to spend beyond their means, too. Ugh.

So, if 42% of your population is older, cranky, and nervous about money, do you ignore them? Or do you figure out smarter ways to attract them? At some point, those older folks still have to buy a new pair of pants and when they figure out that you're only selling capris for the 20's set, they are going to be so annoyed.

If you can tell me how any of this makes sense, I'll be interested to know. Meantime, watch this little bit from late night television's Craig Ferguson as he tells us how things got so far off course in the first place. I think it may be the funniest, saddest, wisest, most insightful, and yet altogether horrifyingly true thing on Youtube.
Posted by Marti at 9:48 AM

Yeah, that's one of my favorite Craig Ferguson opens. I always felt that when you were seen in public with me, it was an example of you "letting yourself go."

I never once considered "letting myself go" with you. ;)

But I think we were an "odd couple" as friends, don't you think?