Where Is that Fat Lady? 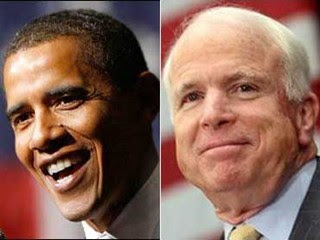 Did I miss something? Did I fall asleep and wake up in December? Because I don't remember an election where the Big Faces on tv seemed more inclined to suggest that "it's all over."

I think this is somewhat amusing because I remember all the times that the networks have banded together to steadfastly promise not to call the results too early in the evening, before the states where polls closed last (ie Pacific Coastal States) had finished their voting.

And I remember eight years ago when were were all stuck covering "The Election" for an interminable two months. I think that was possibly the worst.

But here we are. It's early October. And I'm getting the impression that some folks are inclined to say it's over.

I got a note over the weekend from a friend on Capitol Hill. He said he was depressed because the Ohio Atty. General was "allowing early voting using same day registration with no id requirements and no polling place observers permitted, at least not Republican observers. The Dems are literally picking vagrants off the streets and running them through the polling places."

I'm a little skeptical of that report, but it is interesting.

And then there are the polls showing McCain to be sinking. It's hard not to think the worst, particularly when Mr. McCain threw in the towel in Michigan, signalling to anyone who is watching that clearly, blood is in the water.

I hate to see this ending when it seemed to be engaging the minds of so many. Plus, I wonder who is going to buy all those ad hours if the political campaigns go away? Maybe those media folk ought to learn which side their bread is buttered on, and button it up with the dire predictions for a few more weeks?
Posted by Marti at 12:55 AM