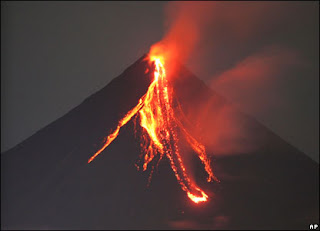 So here we are... less than 30 days and counting. And what do I think? I think... what I usually think. I think there's a reason that I rarely actually register to vote. I recall when avoiding that civic duty was enough to get me out of jury duty. Sigh. Ahhhhhhhh, those were the days. Doesn't work that way anymore... darnit.
Back to the topic at hand: presidential elections.
I have friends who have never been able to see beyond the history-making involved in this election.
I have friends who don't seem to see beyond what it will do for them.
I have friends who, at this moment, seem to be resigned to their fate as far as who will be leading this country.
As for me personally... well, I did see someone promising an awful lot of stuff in his speech accepting his party's nomination. "If you've got health care, I'll get it for you cheaper. (HUH?) If you don't have it, I'll get you Congress' health care." (DOUBLE HUH?? In case you aren't aware, friends, we can't afford for Congress to have Congress' health care.)
But I'm a reasonable person who understands that Congress sets the taxes and spends the money in this country. So this doesn't particularly bother me.
I am a little concerned that one of the candidates admits he is under-experienced about the economy. But in consideration of his opponent's level of experience in the federal government in general and foreign diplomacy in particular, I'm less concerned about that.
What I do see is that electing one of these two could give the economy and consumer confidence in this country such a boost that it might help lift us out of our doldrums. It might motivate banks to start lending, businesses to start investing, consumers to start spending, and otherwise get the dollars circulating again.
And if it doesn't, I'm willing to let that particular candidate ride down into the volcano.
I recall about 16 years (count with me... "4 administrations ago? Oh yeah, I remember who!") the election of a brilliant (but morally flawed) man into the White House. The saying then was "It's the ECONOMY, Stupid!" And for the American voting public and him, at that time, it was.
And so it is again. Except the economy is a cyclical thing. I think if Bill Clinton were truly honest, he'd admit that. He knows it. (Why shouldn't he admit it? A month or so ago, he admitted that Democrats in Congress were responsible for the mortgage meltdown. He's gotten some honesty streak in him... belatedly.) His election signaled a younger crowd and new generation riding into Washington. It cheered the voting public.
But again, mostly, he rode the economic cycle upwards. It would seem apparent that we're hitting a downtrend that will likely last a year, possibly two more. So if the man who seems likely to be elected according to the national polls does win, I say good for him. Let him try and goose the economic mood upwards a few notches. If he does, then he deserves to win. But if, as seems more likely, his "boost' is short-term and the recession is here for a long and ugly haul, then it'll be interesting watching that next president ride it into the volcano.
As a member of the press, I'll happily trot up to the edge of the thing to get a better look.
Posted by Marti at 1:06 AM

Interesting thoughts. It almost makes me think I should vote for the Obamanator instead of the Nadernator just to watch him ride into the volcano. However, I also wonder just how much "consumer confidence" actually has to do with the economy right now. In some ways I think it's more about consumer wallets right now because so many are unemployed and just plain can't pay the credit card bill.