The news that Steve Jobs died on October 5, 2011 lit up the cyber-sphere like very few things in recent history. Seriously, I've covered the deaths of former American presidents whose passing got less interest. I hope that is a testament to the way he lived. 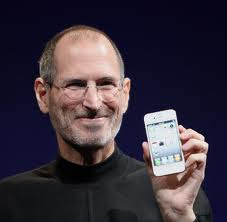 I never interviewed Mr. Jobs. That should be clear upfront. Having covered politics and hurricanes for most of my adult life, there were always people far more prepared than me for questioning Apple's CEO. I can respect that. But like a lot of the Americans posting endlessly on Facebook.com and Twitter.com (which appeared to shut down for a time under the load) I greatly admired his passion. Have you noticed that in every photograph of him posted around the web, he's engaged? He might not be exactly smiling, but he is there, in that moment, focused on whatever he's doing. That is a mark of true genius, in my mind. Tonight, I saw it best explained in an article on Mashable.com, where the writer had interviewed him multiple times, over the years. If you want to read more about that, here's your chance. Because I want to move the conversation forward. People seem very concerned that this country has lost a visionary. Yes, that's true. But we don't need to feel we've lost our vision. I think the best way to honor Steve Jobs is to do as he did: embrace the universe of possibilities every day. I started my little website a year ago. It's in rebuild right now and I'm grateful for a couple of very talented web developers who have gone the distance with me in decision-making and design. These two Americans have made web development into an entirely different experience than what I went through 16 months ago, working with a New Delhi team that I came to refer to, both generally and specifically, as "Pirate." I hope in another six months, when I start to rethink, they'll come with me on the second journey. (A third? I'm hoping not because at that point, I'd like the site to need so many customizations that we have to take our friendship to the level of "just friends.") I often tease my friends and coworkers that I'm going to "take over the world" with my darling little web project. I'm only halfway kidding and those that know me well with confirm that.
I don't expect to remake my industry. I don't expect to change the way people listen to music. Or shop for cars. Or feed their children. What I'd like to do is enhance the way people understand the world and the opportunities that people in my industry are given... and take for themselves. I can only spend the amount of time (and money... ugh, the money!) on my little web project because I am passionate about it. I'm passionate about journalism and journalists and helping people re-ignite an industry and a group of workers that have taken some hard knocks in recent years. Otherwise, with my very limited television reporter's attention span, I would have wandered off long ago. But Steve Jobs, with the way he changed computer use and the way he pushed his limits, led the way. 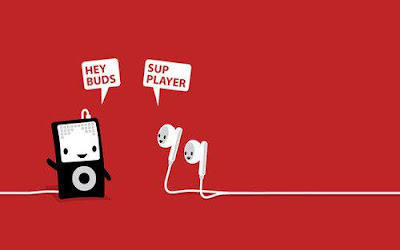 I hope you're passionate, too, because if you haven't seen the news lately, time is limited. Eat dessert, love deeply, wear your favorite clothes and live your own life. Steve Jobs certainly did.
Posted by Marti at 12:06 AM