When I ask "what is enough" and what is bothering us so much, what am I basing these questions on? Let's start with the most obvious aspect of life where people in general, and Americans specifically, are clearly struggling to get satisfied. 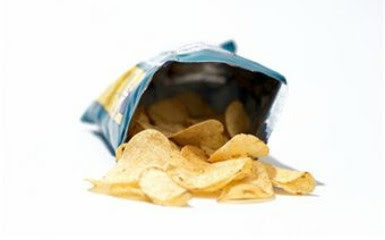 Food. Weight. As a country, the United States is struggling with huge (no pun intended... this isn't funny) weight issues. I've likened our culture's appearance to kernels of corn boiling in hot fat and in response, *POPPING* out of our previous boundaries.

Yep, we're fat. The government says two-thirds of Americans are overweight; one third or more are obese. And worst of all, our generation next is coming up chubby, too.

We're busy stuffing things in our mouths, looking for satisfaction. Looking for "enough." Looking to fill a hole inside of us that aches for "a little something-something." But instead of "a little," we eat everything in sight.

Come on. We've all tried to tame that one before. We have a few chips; we want a few more. Even the chip industry knows we can't let things alone. "You can't have just one" was the slogan of the nation's most popular chips for more than a decade. We're not alone in our overindulgence. The American Institute of Baking (AIB) reports snacks are a growth industry, "business insights projects that the savory snack industry will grow to $10 billion by 2012." We're nothing if not predictable.

But was there ever satisfaction in a few chips? But worse, has making it to the bottom of the bag ever inspired anything other than guilt? The salty (and now added sweet) additions to the carbohydrate load make them tasty. The carbohydrates themselves make you quickly crave more after you finish the first few.

So the big question is, when are you going to stop looking in the fridge for "enough"? And where can you look next?
Posted by Marti at 11:11 PM

I would sew before eat any day. That must be my secret.