It's my birthday again this coming week. I thought it was a good time for us to talk about The Cake. 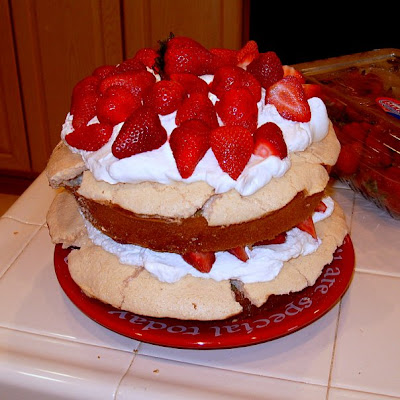 I've been eating The Cake for a long time. I make it for my birthday every year, as I have since I was 16 and found the original recipe in one of the Salt Lake City newspapers. I try not to eat it in between. (Otherwise too many people find out about it and they whine. A lot. "When are you going to make us another cake, Marti." Bah. Whiners. Never.) 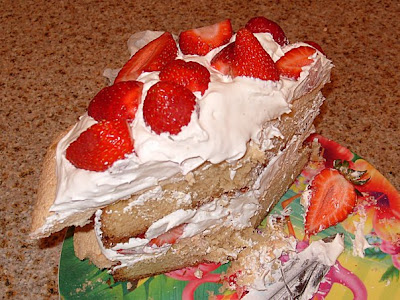 The Cake has changed since I was sixteen. The recipe has evolved. It's de-evolved. And then re-evolved and "gone foodie." And even then, it varies greatly. 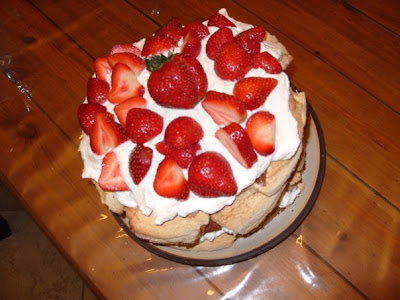 There's "The Picnic Cake" which is pretty similar to "The Church Party cake." (Cool Whip. Ugh. "I'll just have a sliver. I brought this for you, anyway, right?" Right.) 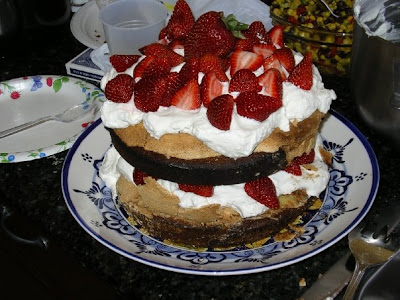 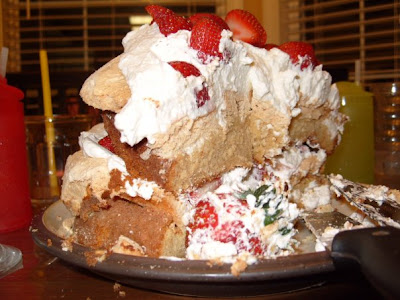 Also a "My Friend's Kids Are Diving In Cake" version. (There's something wonderfully "Dr. Seuss" about this particular shot, don't you think?) 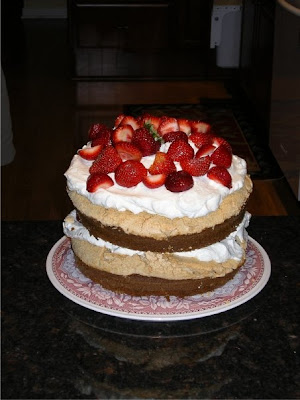 There is "Dinner with College BFF and Hubs Who Are Also Foodies Cake" and as well as a "Dinner with People Who Will Eat ANYTHING" (my grade school pals in March) version. 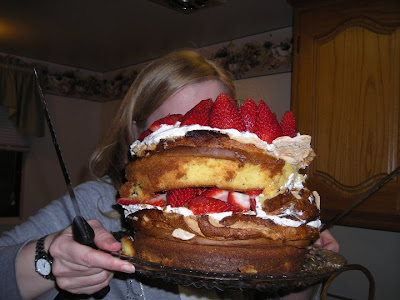 It was spectacular watching them eat The Cake because, well, it was just so darned great to see them all again. I love a good "Happily Ever After," so having a whole room of them was swell. Just swell. 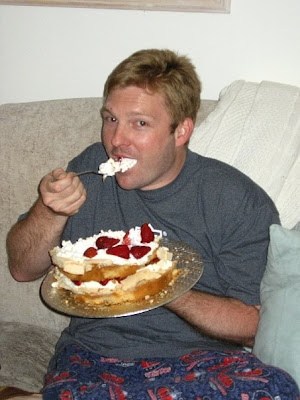 There is "Houseguests Feel The Love Cake," as modeled here by Greg. Still in his jammies. He was leaving the next day. Very little of this cake ever goes to waist. Er, waste. Freudian. 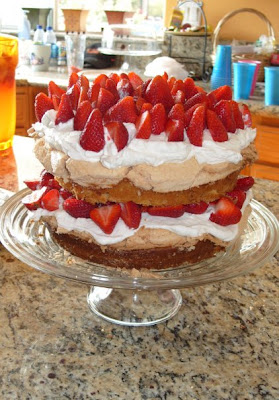 This was the "Best Family I Ever Shacked Up With Cake" version (long story involving short-term housing) which was very well received. Great lighting, eh? As if their household had some sort of inner light. 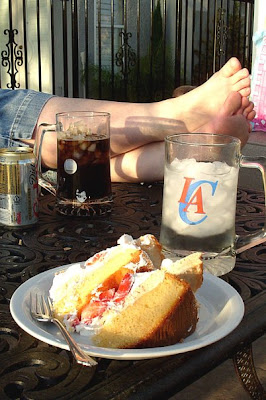 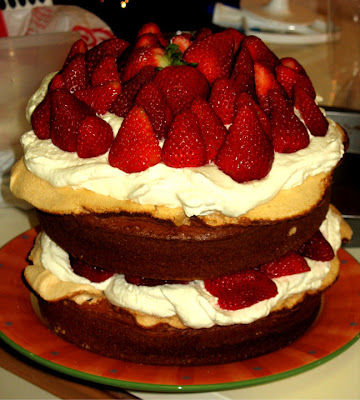 When I started to write this post, I thought I would fit some metaphor of life into this blog. But as I got into writing it, turned out it I just like posting pictures of The Cake. Other than that, the subject of my birth is about as deep as, well, The Cake, but without the whipped cream and berries. 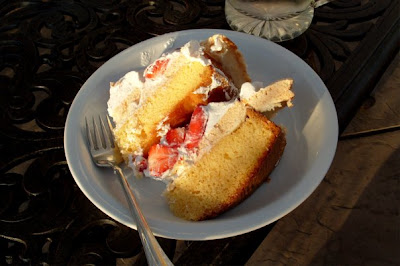 What?! No recipe? I was hoping to find a recipe for this fabulous looking cake. Maybe someday you will share it with me.

I hope you have a wonderful birthday and enjoy lots of your mouthwatering cake! may someone else wash the dishes for you when you are done. (I would if I was there).

Ohhhh, sweetest, I will perhaps tell you someday, but I had a fairly scarring birthday cake experience, repeatedly, as a child. As a result, I make it for myself and guard the recipe to prevent others to MUCK IT UP.

And really, dishwashing? I have a machine and I'd much rather you keep your splint properly on and heal it up. How's that going? I'll call and nag within the week. :)

You chose the right season to be born for that cake. Good job.

Why didn't I know about your blog??? And you stole my profile picture for one of your cake photos. Nice! I've got me some readin to do...

You don't need to read all this clutter.

BTW, this year, that was the ONLY strawberry cake I made. I didn't feel like making The Cake on my birthday, so I went with a nice little coconut cake that I draped in kumquats. It was very rich and intensely coconut.

Oh, and I started a second blog for that Etsy sewing project, too. Which is of course how I messed up my sewing machine today. Bummed me out.

Yeah... another blog I'll have to check out!

You say the word "kumquat", which always reminds me of a therapist I had years ago (30 years?) who used that word to make me feel sleeee...py. It didn't work. I was always too skeptical being hypnotized.

But I would love to try out the newer version of your birthday cake. Sounds yummy!

Sorry, no recipe. I just made a buttermilk cake and dumped in a bunch of "Coco Lopez," added some coconut extract. And topped it with a powdered sugar (I meant to make buttercream, but I think I got a bad recipe) frosting with more CL and coconut flavoring. Topped it with coconut. Wall to wall coconut. But there wasn't a real "recipe" to it.