China Leads the World in...... Entrepreneurship?

I was scootel-ing along the Internet when I saw a factoid that caught my eye.
And burned. 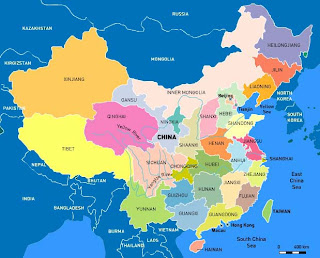 China is THE most entrepreneurial place on Earth.
What? Whatever happened to American know-how, the Puritan work ethic, determination to be the best and plain, old-fashioned hard work?
Sadly, I actually think we all know. But there are facts to back it up.

According to the Organization for Economic Cooperation and Development (OECD), China’s self-employment rate is an astounding 51.2%.

Ouch. Not bad for a communist country that, until recent years, didn't allow capitalism. It's odd, isn't it? Watching the decline of American Capitalism, hastened (can we really blame the Chinese for our failures? Really?) by.... Communist Capitalists. (Read the article. There are more fearful numbers about what some used to call "the sleeping giant." Guess what? They're awake and eating our lunch.) Wasn't it just a few decades back that Americans had ownership of the word entrepreneurship? We had a lock on it for decades. It was part of our strength. Whether it was inventing a new widget (before "widget" meant software) for the latest gizmo or selling great Aunt Gertie's pickled okra through the mail, it seemed like American ingenuity always triumphed.

That was then. This is now. So maybe you could spend just a few minutes today, figuring out if there's something you might want to do differently? Maybe you should.
I heard a great piece of advice awhile back from a speaker who had fought in World War II. He said, "Turn off the radio in the car... and think."
You remember World War II, right? That was the one where we came home after and built our reputation in the modern world. It took awhile for me to comprehend what great advice that was and how truly great it was to be alone with my brain cells for a few minutes in my car. You might try it yourself (maybe you already do?) sometime soon.

Turn off the car radio. Think.
Posted by Marti at 4:46 PM

Okay, Marti... my RED head is thinking. What do the Chinese mean by 'entrepreneurs'? Our entrepreneurial small business owners employ fewer than 500 people, yet 52% of all US workers.
This according to the US Dpt. of State.
I suppose a Chinese could sell cigarettes on the street corner, or own a rice paddy and be called an entrepreneur.
It all depends on semantics.

Carla, where you live in Southern California, most of the people I met had a "second business." I met only a very few people who had just their regular job and nothing else. EVERYBODY has a small business or something they do on the side.

The interesting thing about the Chinese is that most of these "entrepreneurs," expect to hire at least 18-19 people.

The backbone of our country is small business, generally defined as fewer than 100 employees.

If you read that article, the number of people planning such small businesses far exceeds our entire population.

It's almost a case of a large animal (an elephant?) being eaten by ants. It doesn't seem obvious, but the ants will choke every bite of that elephant down... and then go looking for more.

I'm not saying we have to, or even can, stop them. There's no need to be jealous of their success.

Here's another analysis, about halfway down the page, which pegs some responsibility for it. Frankly, I agree.