Bonuses? THEY'RE GETTING BONUSES??? 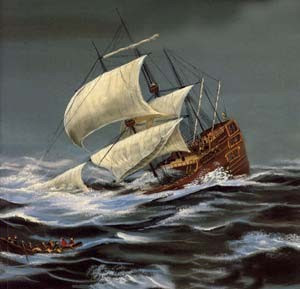 You can hear the cry echoing all over the country. "AIG's top executives are getting bonuses???" The story is out there, churning up renewed anger against AIG, the insurance giant which got a multi-billion dollar bailout from the U.S. government, then continued to spend on lavish parties and weekend retreats for executives. They spent their bailout (with zero federal oversight) and returned to Washington with their hand out for more. The government gave them billions of dollars in additional bailout funds, and now the truth: they are using the money to pay millions of dollars in bonuses to top executives. As a taxpayer, I'm floored. I feel like I've been reasonable about the whole thing; believing that the cost of the company going under would be greater than the bailout given. But. No. More. Treasury Secretary Timothy Geithner told AIG Chairman and chief executive Edward M. Liddy that "the (bonus) payments were unacceptable and needed to be renegotiated," according to an administration source quoted in the Washington Post today. Liddy countered, saying that the payments have to be made otherwise the company will be sued for breach of contract. And without the bonuses, company talent pools suffer. "We cannot attract and retain the best and brightest talent to lead and staff the AIG businesses -- which are now being operated principally on behalf of the American taxpayers -- if employees believe that their compensation is subject to continued and arbitrary adjustment by the U.S. treasury," Liddy wrote. He sure knows how to twist a knife, doesn't he? AIG is paying the bonuses to protect our investment as taxpayers. The man knows his spin. Are these the same great, top talented executives that got AIG into this mess? Can they really not be allowed to leave? Should their jobs be reserved for them, at such a high rate of pay, when there are other equally talented but now jobless executives who might be happy to have the work at a much lower rate of pay?

Liddy was one of a few top executives who didn't take his bonus. How very big of him. In the old seafaring tradition, the captain went down with the ship. Since the taxpayers are now helming the finances, perhaps its time we get a new captain... lest the ship takes us all under.
Posted by Marti at 4:25 PM